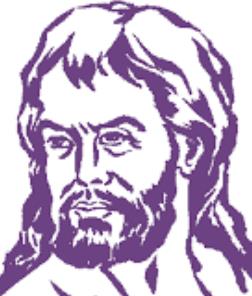 that I was created for Joy.

My mind is too busy.

My Heart is too heavy

for me to remember

that I have been

the Sacred dance of life.

I was created to smile

To be lifted up

And to lift others up.

from all that ensnares.

and that our dancing


Death is a favour to us,

But our scales have lost their balance.


The impermanence of the body

Should give us great clarity,

Deepening the wonder in our senses and eyes

And are surely just traveling through.


If I were in the Tavern tonight,

Hafiz would call for drinks


And as the Master poured, I would be reminded

That all I know of life and myself is that


We are just a mid-air flight of golden wine

Between His Pitcher and His Cup.


If I were in the Tavern tonight,

I would buy freely for everyone in this world


Because our marriage with the Cruel Beauty


Death is a favour to us,

But our minds have lost their balance.


The miraculous existence and impermanence of Form

Always makes the illuminated ones

Last night, as half asleep I dreaming lay,

Half naked came she in her little shift,

With tilted glass, and verses on her lips;

Narcissus-eyes all shining for the fray,

Filled full of frolic to her wine-red lips,

Warm as a dewy rose, sudden she slips

Into my bed – just in her little shift.

Said she, half naked, half asleep, half heard,

With a soft sigh betwixt each lazy word,

‘Oh my old lover, do you sleep or wake!’

And instant I sat upright for her sake,

And drank whatever wine she poured for me –

Wine of the tavern, or vintage it might be

Of Heaven’s own vine: he surely were a churl

Who refused wine poured out by such a girl,

A double traitor he to wine and love.

Go to, thou puritan! the gods above

Ordained this wine for us, but not for thee;

Drunkards we are by a divine decree,

Yea, by the special privilege of heaven

Foredoomed to drink and foreordained forgiven.

Ah! HAFIZ, you are not the only man

Who promised penitence and broke down after;

For who can keep so hard a promise, man,

With wine and woman brimming o’er with laughter!

O knotted locks, filled like a flower with scent,

How have you ravished this poor penitent!

Whoever had found his way to the tavern’s block

Would have to be insane if on another door knock

Fate never crowned any with drunkenness, except

The one who considered this the highest luck.

Whoever finds his way into the tavern

From the bounty of the wine, temple’s secrets unlock.

He who read the secrets of this wine,

Found the secrets in the dust upon which we walk.

Only seek the obedience of the insane

In our creed, logic and sanity we mock.

My heart asked not for longevity of beauty

Because sadly this is the way of the clock.

From the pain of the fading morning star at dawn

I cried so much that I saw the moon, though Venus my eyes struck.

Who talks about the story of Hafiz and his cup?

Why would the king know where the policemen flock?

Praise the King who considers the nine heavens

A mere crevice in His courtly block.