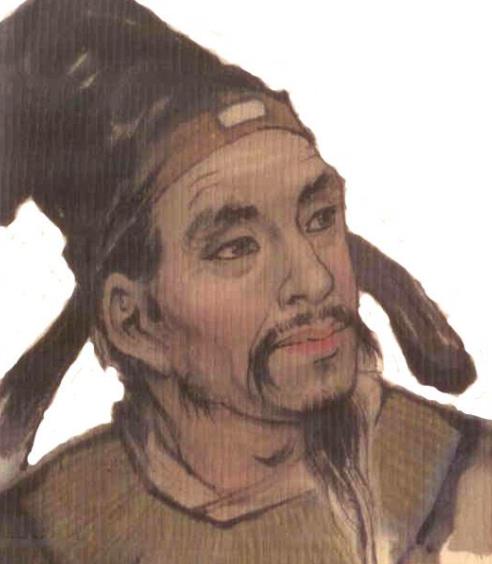 
At a Retreat in Luzhai


On a mountain apart — I see nobody

Only hear the echo of somebody's voice

And shine again upon the clear green moss

A song of an Autumn Night

Under the crescent moon a light autumn dew
Has chilled the robe she will not change --
And she touches a silver lute all night,
Afraid to go back to her empty room.


A message from my lodge at Wangchuan to Pei Di

The mountains are cold and blue now
And the autumn waters have run all day.
By my thatch door, leaning on my staff,
I listen to cicadas in the evening wind.
Sunset lingers at the ferry,
Supper-smoke floats up from the houses.
...Oh, when shall I pledge the great Hermit again
And sing a wild poem at Five Willows?

Hills are empty, no man is seen,
Yet the sound of people's voices is heard.
Light is cast into the deep forest,
And shines again on green moss

When bearing fruit it's red and green,
As if the flowers were budding again.
If a guest remains on the hill,
Set a cup of cornel here


Seeing Off Yuan the Second on a Mission to Anxi

At Weicheng morning rain has dampened light dust,
By the hostel, the willows are all fresh and green.
I urge my friend to drink a last cup of wine,
West of Yang Pass, there will be no friends

A fisher's boat chased the water into the coveted hills,
Both banks were covered in peach blossom at the ancient river crossing.
He knew not how far he sailed, gazing at the reddened trees,
He travelled to the end of the blue stream, seeing no man on the way.
Then finding a crack in the hillside, he squeezed through the deepest of caves,
And beyond the mountain a vista opened of flat land all about!
In the distance he saw clouds and trees gathered together,
Nearby amongst a thousand homes flowers and bamboo were scattered.
A wood-gatherer was the first to speak a Han-era name,
The inhabitants' dress was unchanged since the time of Qin.
The people lived together on uplands above Wu Ling river,
Apart from the outside world they laid their fields and plantations.
Below the pines and the bright moon, all was quiet in the houses,
When the sun started to shine through the clouds, the chickens and dogs gave voice.
Startled to find a stranger amongst them, the people jostled around,
They competed to invite him in and ask about his home.
As brightness came, the lanes had all been swept of blossom,
By dusk, along the water the fishers and woodsmen returned.
To escape the troubled world they had first left men's society,
They live as if become immortals, no reason now to return.
In that valley they knew nothing of the way we live outside,
From within our world we gaze afar at empty clouds and hills.
Who would not doubt that magic place so hard to find,
The fisher's worldly heart could not stop thinking of his home.
He left that land, but its hills and rivers never left his heart,
Eventually he again set out, and planned to journey back.
By memory, he passed along the way he'd taken before,
Who could know the hills and gullies had now completely changed?
Now he faced only the great mountain where he remembered the entrance,
Each time he followed the clear stream, he found only cloud and forest.
Spring comes, and all again is peach blossom and water,
No-one knows how to reach that immortal place.

How many load in spring the trees!

Gather them till full is your hand;

They would revive fond memories.