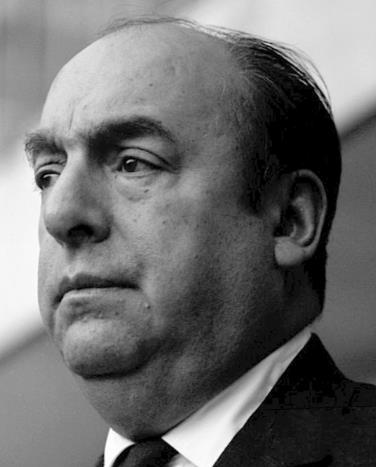 He who slowly destroys his own self-esteem,
who does not allow himself to be helped,
who spends days on end complaining about his own bad luck,
about the rain that never stops, dies slowly.

He who becomes the slave of habit,
who follows the same routes every day,
who never changes pace,
who does not risk and change the colour of his clothes,
who does not speak and does not experience, dies slowly.

He or she who shuns passion,
who prefers black on white,
dotting ones rather than a bundle of emotions,
the kind that make your eyes glimmer,
that turn a yawn into a smile,
that make the heart pound in the face of mistakes and feelings, dies slowly.

He or she who does not turn things topsy-turvy,
who is unhappy at work,
who does not risk certainty for uncertainty,
to thus follow a dream,
those who do not forego sound advice at least once in their lives, die slowly.

He or she who abandon a project before starting it,
who fail to ask questions on subjects he doesn’t know,
he or she who don’t reply when they are asked something they do know, die slowly.

Let’s try and avoid death in small doses,
always reminding oneself that being alive requires an effort by far
greater than the simple fact of breathing.
Only a burning patience will lead to the attainment of a splendid happiness.

I do not love you as if you were salt-rose, or topaz,

or the arrow of carnations the fire shoots off.

I love you as certain dark things are to be loved,

in secret, between the shadow and the soul.


I love you as the plant that never blooms

but carries in itself the light of hidden flowers;

thanks to your love a certain solid fragrance,

risen from the earth, lives darkly in my body.


I love you without knowing how, or when, or from where.

I love you straightforwardly, without complexities or pride;

so I love you because I know no other way


than this: where I does not exist, nor you,

so close that your hand on my chest is my hand,

so close that your eyes close as I fall asleep.


Lost in the forest, I broke off a dark twig

and lifted its whisper to my thirsty lips:

maybe it was the voice of the rain crying,

a cracked bell, or a torn heart.


Something from far off: it seemed

deep and secret to me, hidden by the earth,

a shout muffled by huge autumns,

by the moist half-open darkness of the leaves.


Wakening from the dreaming forest there, the hazel-sprig

sang under my tongue, its drifting fragrance

climbed up through my conscious mind


as if suddenly the roots I had left behind

cried out to me, the land I had lost with my childhood—

and I stopped, wounded by the wandering scent.


A Song Of Despair -


The memory of you emerges from the night around me.

The river mingles its stubborn lament with the sea.

It is the hour of departure, oh deserted one!


Cold flower heads are raining over my heart.

Oh pit of debris, fierce cave of the shipwrecked.


In you the wars and the flights accumulated.

From you the wings of the song birds rose.


It was the happy hour of assault and the kiss.

The hour of the spell that blazed like a lighthouse.

turbulent drunkenness of love, in you everything sank!


In the childhood of mist my soul, winged and wounded.

Lost discoverer, in you everything sank!


You girdled sorrow, you clung to desire,

sadness stunned you, in you everything sank!


I made the wall of shadow draw back,

beyond desire and act, I walked on.


Oh flesh, my own flesh, woman whom I loved and lost,

I summon you in the moist hour, I raise my song to you.

and the infinite oblivion shattered you like a jar.


There was the black solitude of the islands,

and there, woman of love, your arms took me in.


There was thirst and hunger, and you were the fruit.

There were grief and ruins, and you were the miracle.


Ah woman, I do not know how you could contain me

in the earth of your soul, in the cross of your arms!


How terrible and brief my desire was to you!

How difficult and drunken, how tensed and avid.


Cemetery of kisses, there is still fire in your tombs,

still the fruited boughs burn, pecked at by birds.


Oh the mad coupling of hope and force

in which we merged and despaired.


And the tenderness, light as water and as flour.

And the word scarcely begun on the lips.


This was my destiny and in it was my voyage of my longing,

and in it my longing fell, in you everything sank!


Oh pit of debris, everything fell into you,


From billow to billow you still called and sang.

Standing like a sailor in the prow of a vessel.


You still flowered in songs, you still brike the currents.

lost discoverer, in you everything sank!


It is the hour of departure, the hard cold hour

which the night fastens to all the timetables.


The rustling belt of the sea girdles the shore.

Only tremulous shadow twists in my hands.


It is the hour of departure. Oh abandoned one!

Write, for example,'The night is shattered

and the blue stars shiver in the distance.'

The night wind revolves in the sky and sings.

I loved her, and sometimes she loved me too.

Through nights like this one I held her in my arms

I kissed her again and again under the endless sky.

She loved me sometimes, and I loved her too.

How could one not have loved her great still eyes.

To think that I do not have her. To feel that I have lost her.

To hear the immense night, still more immense without her.

And the verse falls to the soul like dew to the pasture.


What does it matter that my love could not keep her.

The night is shattered and she is not with me.

My soul is not satisfied that it has lost her.

My sight searches for her as though to go to her.

My heart looks for her, and she is not with me.

We, of that time, are no longer the same.

I no longer love her, that's certain, but how I loved her.

My voice tried to find the wind to touch her hearing.

Another's. She will be another's. Like my kisses before.

Her voide. Her bright body. Her inifinite eyes.

I no longer love her, that's certain, but maybe I love her.

Love is so short, forgetting is so long.

my sould is not satisfied that it has lost her.

Though this be the last pain that she makes me suffer

and these the last verses that I write for her.

WHAT IS BORN WITH ME

I sing to the grass that is born with me

in this free moment, to the fermentations

of cheese, of vinegar, to the secret

spurt of the first semen, I sing

to the song of milk which now comes

in rising whiteness to the nipples,

I sing to the fertility of the stable,

to the fresh dung of great cows

from whose aroma fly multitudes

of blue wings, I speak

without any shift of what is happening now

to the bumblebee with its honey, to the lichen

in its soundless germination.

sounds the flow of succession, the course

with all that is being born, I'm one

with growing, with the spread silence

of everything that surrounds me, teeming,

propagating itself in the dense damp,

in thread, in tigers, in jelly.

I belong to fruitfulness

and I'll grow while lives grow.

I'm young with the youthfulness of water,

I'm slow with the slowness of time,

I'm pure with the purity of air,

dark with the wine of night,

and I'll only be still when I've become

so mineral that I neither see nor hear,

nor take part in what is born and grows.

When I picked out the jungle

to learn how to be,

I went on with my lessons

and learned to be root, deep clay,

and beyond that, bit by bit, the whole jungle.


Now we will count to twelve

and we will all keep still

for once on the face of the earth,

let’s not speak in any language;

let’s stop for a second,

and not move our arms so much.


It would be an exotic moment

without rush, without engines;

we would all be together

in a sudden strangeness.


Fishermen in the cold sea

would not harm whales

and the man gathering salt

would not look at his hurt hands.


Those who prepare green wars,

wars with gas, wars with fire,

victories with no survivors,

would put on clean clothes

and walk about with their brothers

in the shade, doing nothing.


What I want should not be confused

Life is what it is about;

I want no truck with death.


If we were not so single-minded

about keeping our lives moving,

and for once could do nothing,

of never understanding ourselves

and of threatening ourselves with death.

Perhaps the earth can teach us

as when everything seems dead

and later proves to be alive.


Now I’ll count up to twelve

and you keep quiet and I will go.