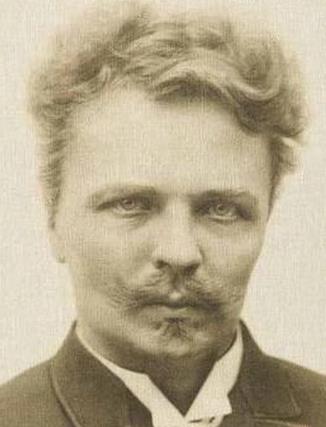 …..
Yes, I am crying although I am a man. But has not a man eyes! Has not a man hands, limbs, senses, thoughts, passions? Is he not fed with the wine food, hurt by the same weapons, warmed and cooled by the same summer and winter as a woman? If you prick us do we not bleed? If you tickle us do we not laugh? And if you poison us, do we not die? Why shouldn't a man complain, a soldier weep? Because it is unmanly? Why is it unmanly?

…..
JULIA. [ Approaching the chopping-block as if drawn to it against her will ] No, I don't want to go yet. I cannot-I must see—Hush! There's a carriage coming up the road. [Listening without taking her eyes of the block and the axe] You think I cannot stand the sight of blood. You think I am as weak as that—oh, I should like to see your blood, your brains, on that block there. I should like to see your whole sex swimming in blood like that thing there. I think I could drink out of your skull, and bathe my feet in your open breast, and eat your heart from the spit!—You think I am weak; you think I love you because the fruit of my womb was yearning for your seed; you think I want to carry your offspring under my heart and nourish it with my blood—bear your children and take your name! Tell me, you, what are you called anyhow? I have never heard your family name-and maybe you haven't any. I should become Mrs. "Hovel," or Mrs. "Backyard"—you dog there, that's wearing my collar; you lackey with my coat of arms on your buttons— and I should share with my cook, and be the rival of my own servant. Oh! Oh! Oh!—You think I am a coward and want to run away! No, now I'll stay—and let the lightning strike! My father will come home—will find his chiffonier opened—the money gone! Then he'll ring—twice for the valet—and then he'll send for the sheriff—and then I shall tell everything! Everything! Oh, but it will be good to get an end to it—if it only be the end! And then his heart will break, and he dies!—So there will be an end to all of us—and all will be quiet peace—eternal rest!—And then the coat of arms will be shattered on the coffin—and the count's line will be wiped out—but the lackey's line goes on in the orphan asylum—wins laurels in the gutter, and ends in jail.

…..
JEAN. Don't think, don't think! Why, you are taking away my strength, too, so that I become a coward—What? I thought I saw the bell moving!—To be that scared of a bell! Yes, but it isn't only the bell—there is somebody behind it—a hand that makes it move- and something else that makes the hand move-but if you cover up your ears—just cover up your ears! Then it rings worse than ever! Rings and rings, until you answer it—and then it's too late—then comes the sheriff—and then—

[Two quick rings from the bell.].

…..
JEAN. Then I started to run, plunged through a hedge of raspberry bushes, chased right across a strawberry plantation, and came out on the terrace where the roses grow. There I caught sight of a pink dress and pair of white stockings—that was you! I crawled under a pile of weeds—right into it, you know—into stinging thistles and wet, ill-smelling dirt. And I saw you walking among the roses, and I thought: if it be possible for a robber to get into heaven and dwell with the angels, then it is strange that a cotter's child, here on God's own earth, cannot get into the park and play with the count's daughter.

….
His eyes scanned the empty walls without finding a resting-place, until finally they fell on the old clock, dating from the time of Napoleon I, with its imperial newly lit emblems, symbolical of the old story, and its hands, now pointing to ten minutes past ten, symbolical in the spirit of irony of something else. At the same moment the doors in the background opened and a man entered. He was old; his shoulders stooped under the burden of public offices; his back had shrunk under the weight of communal commissions ; the long continuance in damp offices, committee-rooms and safe deposits had warped his neck ; there was a suggestion of the pensioner in his calm footsteps, as he walked up the cocoanut matting towards the chair. When he had reached the middle of the long passage and had come into line with the imperial clock, he stopped ; he seemed accustomed to stopping half-way and looking round and backwards ; but now he stopped to compare his watch with the clock ; he shook his old, worn out head with a look of discontent : " Fast! Fast ! " he murmured. His features expressed a supernatural calm and the assurance that his watch could not be slow. He continued his way with the same deliberate footsteps; he might be walking towards the goal of his life ; and it was very much a question whether he had not attained it when he arrived at the venerable chair on the platform. When he was standing close by it he pulled out his handkerchief and blew his nose ; his eyes roamed over the brilliant audience of chairs and tables, announcing an important event : " Gentlemen, I have blown my nose." Then he sat down and sank into a presidential calm which might have been sleep, if it had not been waking ; and, alone in the large room, as he imagined, alone with his God, he prepared to summon strength for the business of the day, when a loud scraping on the left, high up, underneath the roof, pierced the stillness ; he started and turned his head to kill with a three-quarter look the rat which dared to gnaw in his presence. Falk who had omitted to take into account the resonant capacity of the pigeon house, received the deadly thrust of the murderous glance;