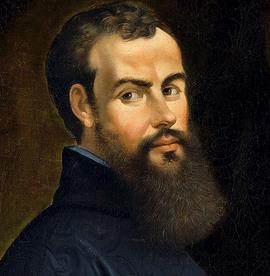 …..
Nature, the parent of all things, designed the human backbone to be like a keel or foundation. It is because we have a backbone that we can walk upright and stand erect. But this was not the only purpose for which Nature provided it; here, as elsewhere, she displayed great skill in turning the construction of a single member to a variety of different uses.

It Provides a Path for the Spinal Marrow, Yet is Flexible.

Firstly, she bored a hole through the posterior region of the bodies of all the vertebrae, thus fashioning a suitable pathway for the spinal marrow which would descend through them.

Secondly, she did not make the backbone out of one single bone with no joints. Such a unified construction would have afforded greater stability and a safer seat for the spinal marrow since, not having joints, the column could not have suffered dislocations, displacements, or distortions. If the Creator of the world had paid such attention to resistance to injury and had subordinated the value and importance of all other aims in the fabric of parts of the body to this one, he would certainly have made a single backbone with no joints, as when someone constructing an animal of wood or stone forms the backbone of one single and continuous component. Even if man were destined only to bend and straighten his back, it would not have been appropriate to construct the whole from one single bone. And in fact, since it was necessary that man, by virtue of his backbone, be able to perform a great variety of movements, it was better that it be constructed from many bones, even though as a result of this it was rendered more liable to injury.